To say that I wanted to write a blog post on hamstring flexibility would be incorrect. In fact, this is a issue I avoid like the plague. Why? I’ll tell you. I have pretty tight hamstrings. And since I make all the videos on this blog myself with my friends and not just throw in some you tube video of someone else doing these exercises, I’m nervous to look bad. And my hamstring flexibility makes me look bad, at least in my head. But then again, there’s also frustration. The frustration of doing repeated static stretching and not really getting much outta it. Not to forget, I have tried to be aggressive thinking if I yank on that muscle, maybe it will finally give. What it has often given me is pain instead of flexibility,  and soreness. I’m sure many of you will agree with me, that for the subset of people who are on level 0 on path to becoming a yogi, this process is discouraging. So we avoid it. I can’t argue with the fact that if we keep up this torture, we might get better, but I know many people who have not made significant strides with this approach, myself included.
The reason I wrote this blog is because I had a few of my readers respond to my previous blog post reporting that one of the major reasons they were unable to hip hinge was due to those disobedient, stubborn hamstrings that were preventing people from hip hinging. So essentially this blog came from a need to hinge better. It would be great if one could touch their toes but that’s not up in the front on the priority list. The point is to hinge from your hips to learn correct lifting form so you don’t throw your back out.
If you have been part of my writing journey so far, you know that I don’t like interventions that are too painful. After all, a lot of ‘hands on’ intervention that we do is desensitizing the nervous system. Why cause deliberate discomfort (with good intentions of course) to ‘release things’ only to set the warning alarms off on the CNS. I’m not saying this is the only way, I’m saying its an easier, non/less threatening option. Hence I tread the path of lesser resistance.
So without much more blabber, here are some lesser threatening, novel approaches to improving hamstring flexibility. I like to wrap the mobility band on the hamstrings and do my neural glides, SLR’s, some hold relax etc. I will let you be the judge, practice these strategies and retest your hinge,dead lift, possibly toe touch etc.
Here’s the first one-
[wpvideo xhEBZBjJ] 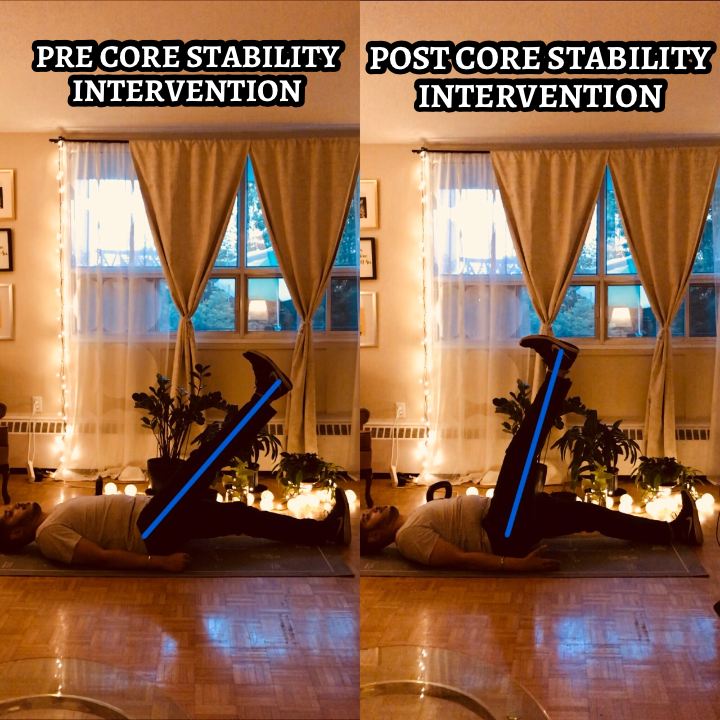