On #techniquetuesday part duex, we discuss pushups.
In the 1st video you see some of the common mistakes when performing a pushup. Elbows are not close to the body but flaring out, not going deep enough and not going down and coming up as a whole but instead bending and arching from the back which might be indicative of weakness or improper engagement of the core.
[wpvideo Lei0dBw4]
2nd video shows corrections for the above along with finding a proper neutral starting position for the pushup
[wpvideo QW31ef2Z] 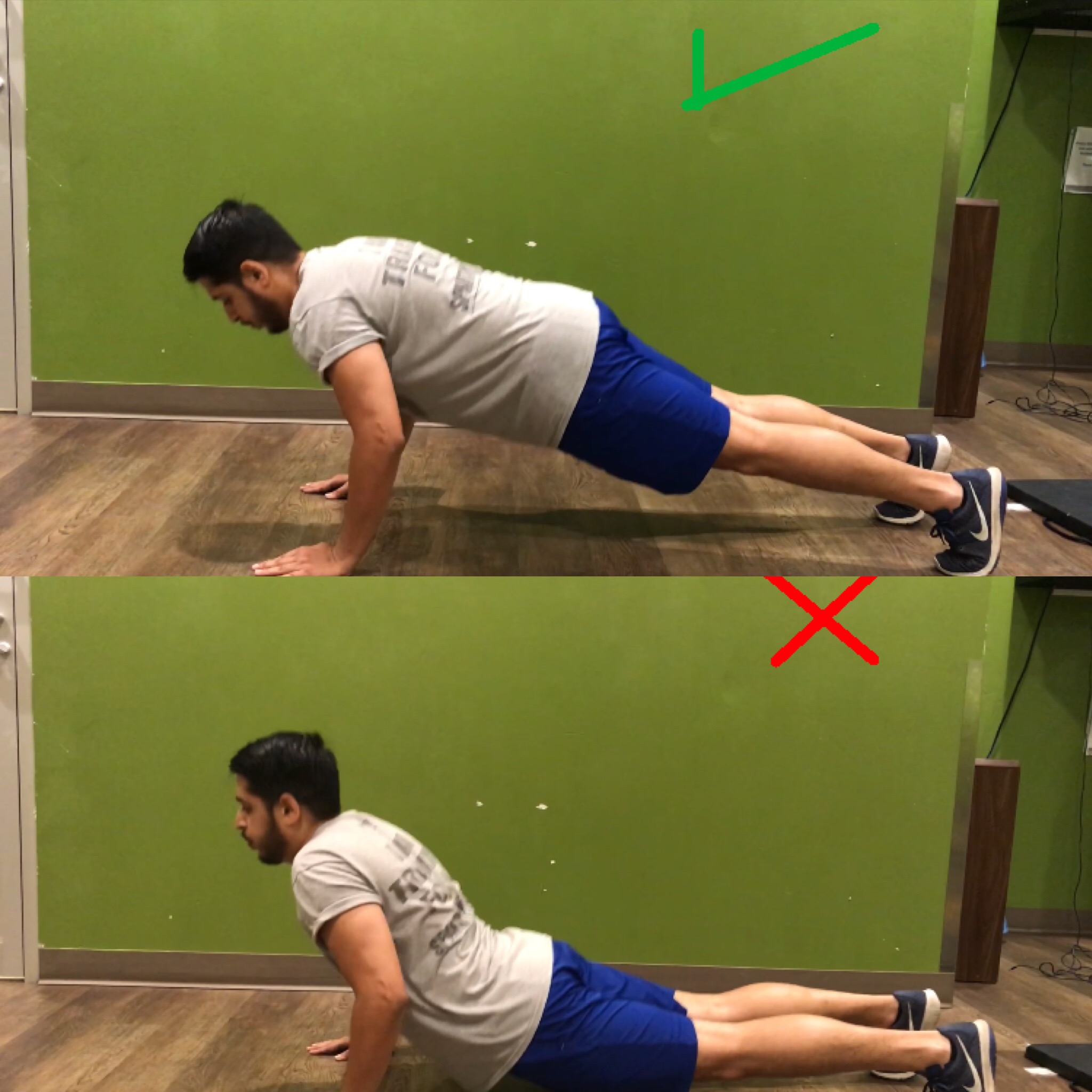 If you are unable to perform a push-up with proper form, regress by doing it off a bench, table or mats as demonstrated in the 3rd video.
[wpvideo G7FuVzvw]


4th video is another regression of the pushup off the wall.
[wpvideo PIBEdxvC]

Do it right and do it often. Until next time
Pursue excellence-
Abhijit Minhas
(BPT,MS,CMP,FMT)